To share your memory on the wall of Michael Read, sign in using one of the following options:

He moved to Salinas, CA in the ‘70s and married Catherine Durrett Read in 1977. They had three children and eventually divorced in 2004.

He moved to Castroville, CA in the early 2000s and married Martha Marie Bush on January 21, 2006 in San Francisco, CA. Michael and Martha then moved to Aberdeen, WA in 2016. He entered retirement in Aberdeen and spent his time playing the guitar, raising chickens, and nurturing an impressive vegetable garden.

Michael was a U of W Master Gardener, enjoyed playing classical piano and studied flamenco guitar. Not only having a green thumb and inspiring musical talent, Michael was fascinated with the world around him. His passions throughout the years included curing olives, making prosciutto, card-weaving, and designing ornaments out of seaweed. He was an avid reader, swimmer, and was proficient in knot-tying.

An open house memorial will be held Thursday April 29th, 1-3PM, at 2100 Bay Ave in Aberdeen. Face coverings will be worn and social distancing will be observed.
Read Less

To send flowers to the family or plant a tree in memory of Michael John Read, please visit our Heartfelt Sympathies Store.

We encourage you to share your most beloved memories of Michael here, so that the family and other loved ones can always see it. You can upload cherished photographs, or share your favorite stories, and can even comment on those shared by others. 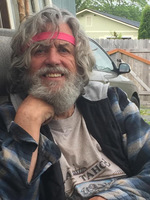