To share your memory on the wall of Lawrence Bannister, sign in using one of the following options:

Lawrence “Larry” Allen Bannister, 53, passed away in Aberdeen, Washington on March 17, 2021. Larry was born in Aberdeen on August 29, 1967. Joining at age 17, Larry served in the US Air Force for 26 years where he retired honorably as a Master Sergeant and Load Master. He said that he “really enjoyed that stuff” about his long-term duty in the US Air Force.
During his years in active duty, Larry lived in North Carolina, Guam, Germany, Texas, and California. During his 7 years in Germany, he was stationed at Ramstein Air Base, the largest American community outside of the United States. His airplane was a Hercules C-130 and his missions consisted of local airdrops, airlift missions at various locations in Europe, the Middle East and Africa. As a skilled private pilot, he enjoyed his travels and loved bringing home photos to show all of us. His favorite place he visited was South Africa where he got the opportunity to visit Kruger National Park. He wanted his wife to come along since it was a once- in-a-lifetime trip.
After his retirement, Larry moved back to Aberdeen and devoted his life to caring for his mother Marlene. Larry also enjoyed hiking, barbecuing, his two cats, and charity work. He was passionate about his religion and often donated anything he could to the church. His favorite place to hike was Lake Quinault, Washington. He said it always made him forget any problems to be out there. Another place he loved was Griffith Park in the heart of Los Angeles. There he could spend a week enjoying Griffith Observatory. One of his interests was astronomy. When he lived in Texas, he would sometimes drive out to the desert at night with his telescope. Larry was a master at barbecuing salmon and burgers and adored his two cats, Sheba and Toots, who appreciated eating the salmon skin.
Larry lived with and cared for his mother, Marlene, and his stepfather, Ernie, for ten years before they passed. After his stepfather Ernie passed, Larry said he wanted to take care of his mother who had always been there for them. Larry, on the other hand, was welcome in the home where he grew up and it was crucial for his well-being, Marlene knew. They were best friends who cared for one another and it provided for Larry a sense of meaning and a belonging he could trust. Larry was easy to please. He enjoyed the little things in life like a good cup of coffee and a nice drive. His routines were important to him and he was an early bird who preferred to take a nap before or after his daily trail walk. Larry was a sweet soul. He was a gentle and kind person. He leaves a great emptiness behind. His children have lost a father and they miss him.
Larry is preceded in death by his mother Marlene Edwards (Lund) and stepfather Ernie Edwards, siblings David Bannister, Kenneth Bannister, and Marilyn Bannister (Purser). He is survived by his three children, Emily, William and Louise, his father Allen and stepmother Marie, and his two brothers Michael and Karl Bannister.
With Love. Rest in Peace.
There will be a service with Air Force Honors at Tahoma National Cemetery, Kent, WA on Monday, May 10. 2021 at 1 PM. He will be inurned next to his mother and step-father Marlene and Ernest Edwards.
Arrangements are entrusted to Twibell’s Fern Hill Funeral Home in Aberdeen, WA.
Read Less

To send flowers to the family or plant a tree in memory of Lawrence Allen "Larry" Bannister, please visit our Heartfelt Sympathies Store.

We encourage you to share your most beloved memories of Lawrence here, so that the family and other loved ones can always see it. You can upload cherished photographs, or share your favorite stories, and can even comment on those shared by others. 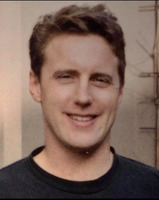