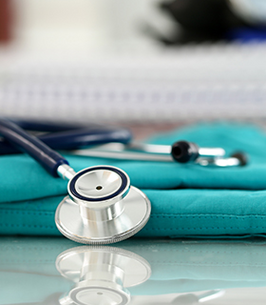 Beverlee was born on October 31, 1935, in Hoquiam, Washington to parents George and Arlene Mobley. She was born and raised on the Harbor, graduating from Hoquiam High School in 1954. Shortly after high school, Bev went to airline school in Kansas City, Missouri. After she completed the course, she moved back to the Harbor and started work at the HUB as a waitress. On one of her shifts, a handsome young man sat at one of her tables, and that was all the couple needed to be inseparable for the next 65 years. Beverlee and Edward married in 1957 in Yakima, Washington.

After the young couple married, they moved to Cosmopolis, Washington, where they began their lives and family. They had a son, Edward G. Peterson, and Bev began employment with St. Joseph’s Community Hospital as a business manager in the administration office. She stayed with the hospital through its transition to community, and eventually retired after many years of employment.

While working, and after retirement, Beverlee and Ed loved to travel. She and Ed were blessed to visit many different places such as: Hawaii, various cities in Mexico, and a beautiful trip to Europe. The couple stayed madly in love and always hand in hand until Ed's passing in 2006.

Beverlee became a faithful member of the United Christian Church. She was loved by all the members and very involved with activities. Beverlee will be remembered by her kindness and generosity. She cared deeply for others and was a wonderful mother. Bev always looked her best. She was a beautiful soul both inside and out.

Bev is preceded in death by her loving husband of 49 years, Ed Peterson; her parents; and her brothers, Jerry and Warren, “Sonny” Mobley and sister Wauna Cornett.

A service will be held at the end of August. More details will be announced at a later date. Cremation arrangements have been entrusted to Twibell’s Fern Hill Funeral Home, in Aberdeen, Washington.

All rights reserved. This obituary is also archived at obittree.com