To share your memory on the wall of Arlene Hoiland, sign in using one of the following options:

To send flowers to the family or plant a tree in memory of Arlene Joanne Hoiland (Eaton), please visit our Heartfelt Sympathies Store.

We encourage you to share your most beloved memories of Arlene here, so that the family and other loved ones can always see it. You can upload cherished photographs, or share your favorite stories, and can even comment on those shared by others.

Posted Mar 11, 2021 at 12:18am
Roger and family: Please accept my heartfelt condolences on your loss. I had the great honor of taking care of so many of Arlene's/your beloved dogs as one of the vets at Brady Vet. I don't have to tell you how much Arlene loved her dogs, and I always appreciated how deeply she cared for them, and took great care of them. She was a warm, classy, caring person and I always appreciated being with her. So sad that she is gone. Please take good care. --Carolyn Prouty, DVM
Comment Share
Share via:
GT

Posted Mar 10, 2021 at 02:38pm
My deepest sympathy to the Hoiland /Eaton family. What a beautiful caring person she is. And I am sure she is still dancing.!
Comment Share
Share via: 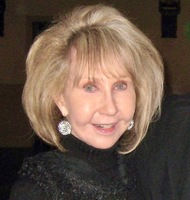